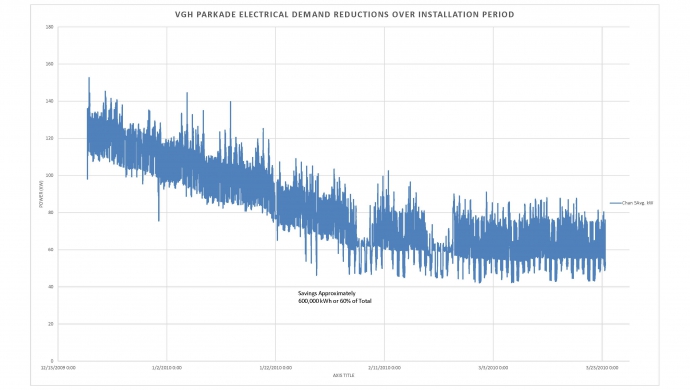 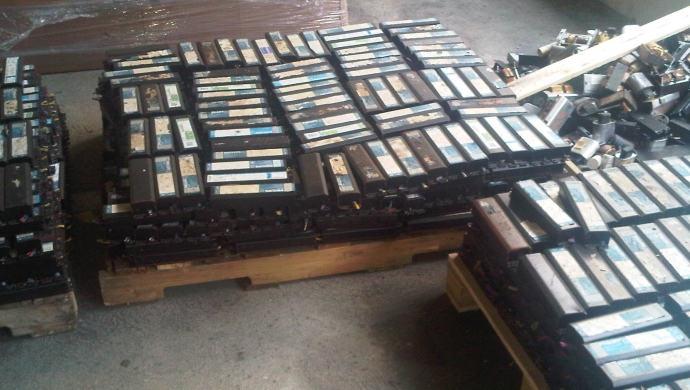 As part of Vancouver Coastal Health energy conservation efforts in 2009 it was determined that significant potential existed for energy reductions in the VGH Parkade on 12th Avenue and Laurel St. in Vancouver. With the efforts of VCHA, VGH, E-Factor, and Quantum Lighting  a lighting project was developed that reduced energy from 1,000,000 kWh per year down to 400,000 kWh per year. The chart shows power metering of the parkade over the installation period and proves the savings as power demand dropped sharply.

Thanks to VCHA, Quantum Lighting, and MDE Electrical for their work on this project.