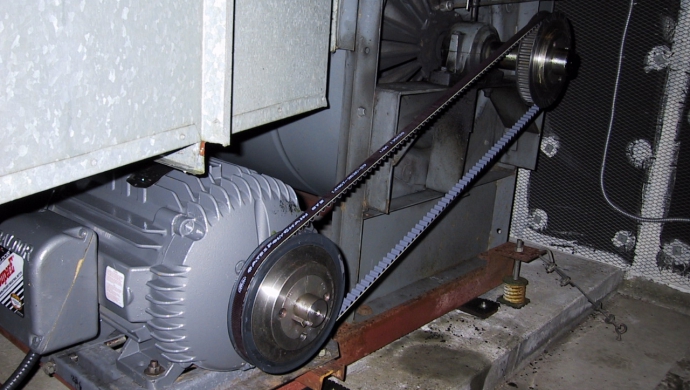 Installation and reinstatement of zone isolation dampers to allow shutting off of air conditioning system after hours in unoccupied areas. The projects included upgrading and conversion of 18 air handling systems in three buildings on the campus with high efficiency motors, variable speed drives, and synchronous belt drives, as well as the rebuilding of six (6) aging variable pitch exhaust fan systems and the conversion of 3 fixed-pitch exhaust fan systems to variable speed control. Project received funding from NRCan and BC Hydro for energy savings.

Additional zone isolation measures were implemented in the Jack Bell Research Pavilion.  An existing 75 hp VAV air handling system and dual 15 hp variable exhaust fans operate at low or no flows for more than 5000 hours per year instead of the previous continuous 8760 hours at full flow operation.