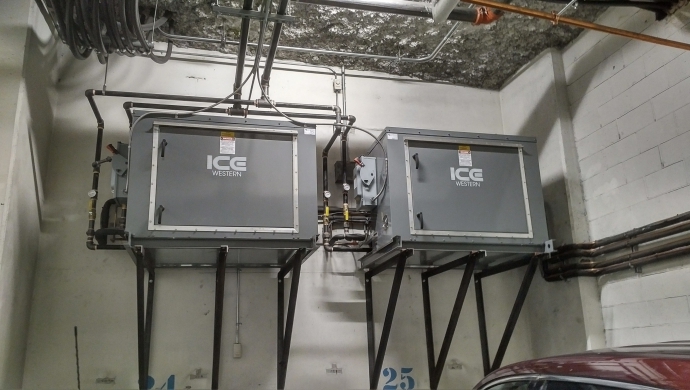 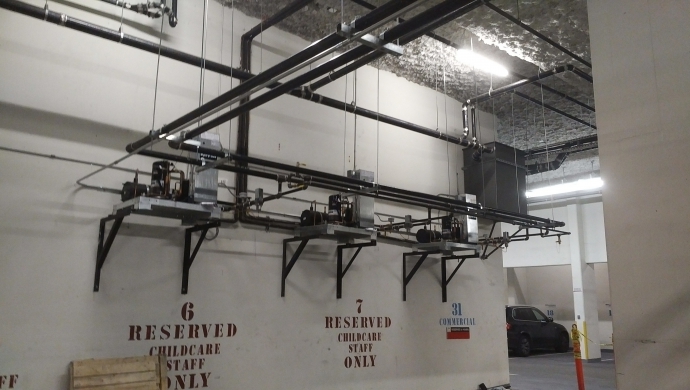 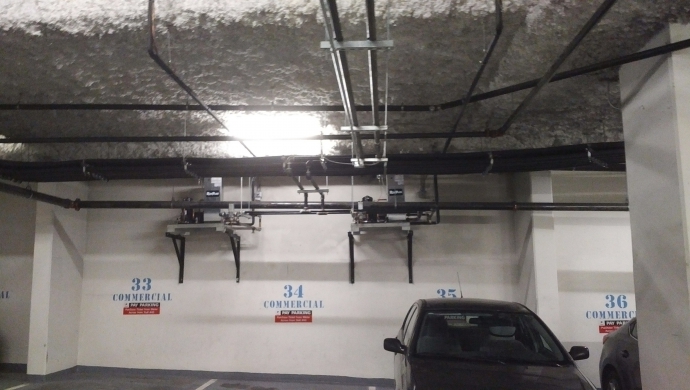 A feasibility study was done of the parkade in this complex to find ways to reduce excessive heating of the underground parking garage at 825 Homer Street in Vancouver. The parkade temperatures were found to exceed 40 C in summer due to the installation about 20 air-cooled condensing units.   Most of the units were installed in the first level of the Parkade.

The project involved the replacement of 9 of the condensers with 7 water-cooled condensing units and utilized an existing Fluid Cooler used for heat pumps serving several commercial spaces.   The largest of the units served year round cooling of the electrical vault serving the building.   New piping was run from the third floor to the P1 parking level.   The new system was monitored over extreme summer conditions and was able to satisfy all cooling loads while keeping temperatures below 30 C.

A new Reliable Control DDC system was installed to control the fluid cooler, pumps, and ventilation units.   The heat from the Electrical Vault is now transferred to the heat  pump loops in fall and winter reducing boiler reheat energy.   The new scroll and digital scroll compressors used for the air conditioning units also use 30% less electrical energy than the air cooled units.