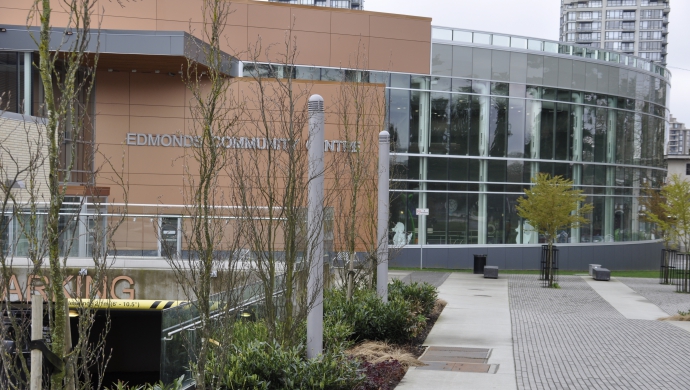 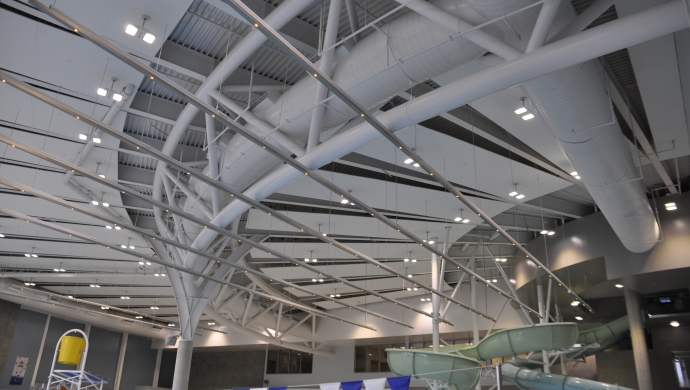 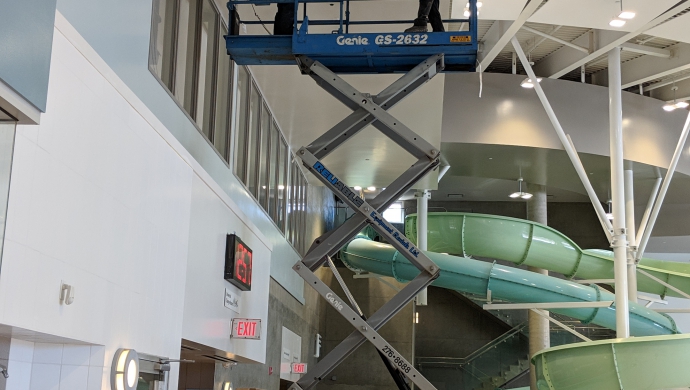 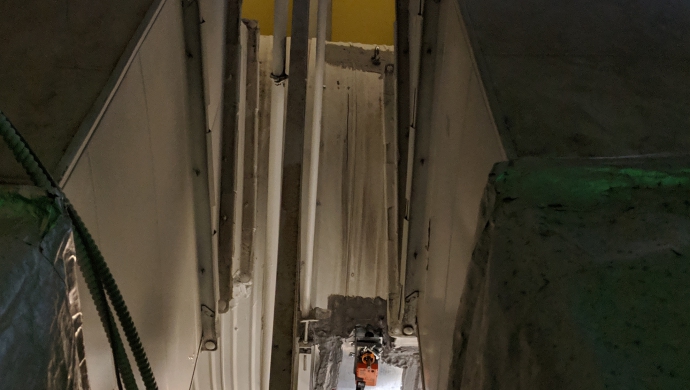 Fan Speed Night-Setback: This measure involved creating a night setback for the supply and return fans.  The supply was modulated to maintain the supply duct static pressure. Since there are no terminal devices, such as a variable air volume boxes, the supply fans ran at constant volume, but lower flow at night.

Minimum Outdoor Air Night Setback:  This measure involved reducing the minimum outdoor air damper position during unoccupied periods. A minimum damper position of 65% was recommended for proper ventilation during occupancy, but 35% could be implemented during unoccupied periods. An optimized start sequence was implemented to ensure that the space chloramine concentration is returned to normal level prior to the occupancy period.

Air Distribution Optimization:  After conducting a Smoke test on the Natatorium in 2018, it was found that while air change rates exceeded specification, the distribution was poor and there was recirculation.   To improve the AHU1 and AHU2 distribution, a large damper was installed and controlled to even pressure drop between the East and West sides of the building.

A number of failed DDC control sensors and acuators were found and repaired.   This is common for swimming pools with return air since the pool chemicals corrode the sensors and controls more quickly.  Annual replacement of components is often required for devices places in the air stream.

The overall savings in Natural Gas were shown to be 65% compared to the previous year of operation.  Electrical savings were near 25%.